Adding Motion Design To Your App To Improve UI/UX 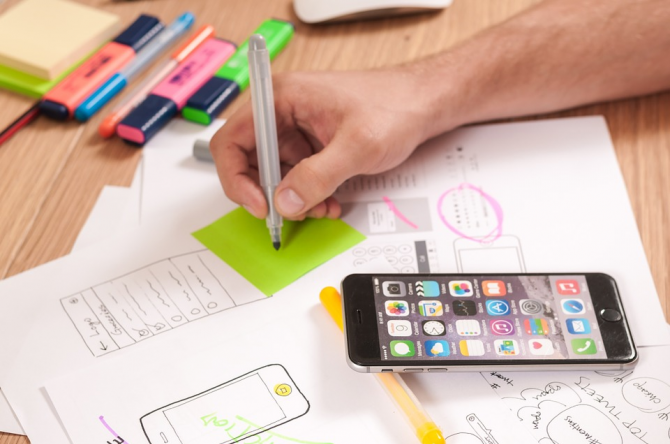 Motion UI will see the design world go ahead more than it has done previously. Robust transition options, animation queuing system, and flexible CSS patterns that can integrate with any JavaScript animation library are in the pipelines for many apps. Motion UI's seamless ability to integrate into websites and applications is fast making it a favourite amongst developers and companies.

Apps tend to follow a sequence of design, and a way of making this sequence more engaging to the user is through motion. However, motion design is not just about making the animations move and dance across the screen. As captivating as that might be, motion is steadily becoming increasingly important to interface design in its ability to drive the entire UI.

The use of motion design within a UI can support the interface in multiple ways. It can reinforce spatial relations, hide perceived latency, and create an overall personality. This is something that lacks when relying only on Photoshop. With an animated layout, once you see all the components in motion, the interface begins to make sense.

Motion design also has the ability to reinforce the actions of the user while interacting with the app.  For instance, when deleting an object, it can blur and fly back. Actions involving sending a message or an email can depict a sliding action of the message off the top of the screen to reinforce the ‘sending’ action. Password animations can also be enhanced with an animation. If a password is entered, a simple nod animation can be introduced upon completion. While a horizontal shake can be used when denying a password. These gestures have the ability to not only be simple in their depiction, but are also easily recognisable.

There are many successful frameworks in the market that you can implement within your application. Zurb has introduced its own Motion UI framework called Foundation for Apps. It is a Sass library, with prior made CSS classes, which you can download for creating flexible CSS transitions and animations. Google has also introduced its motion language, called Material Design, to be standardised across Android devices. For JavaScript implementation of Material Design, developers can also use Angular Material.

Creating a motion language for your application, or using a pre-existing one, can reinforce your brand and give it personality. With the increasing need of keeping the user constantly engaged, motion design will not hinder your app. It serves to make your app highly responsive, resulting in a better, overall user experience.

Swapnil Bains was a Senior Creative Executive at FoxyMoron and oversaw the content management of the clients and created monthly content plans for websites and social media platforms. With a stint as Content Writer at Limeroad, she moved to the position of Health, Lifestyle, and Fashion Blogger.