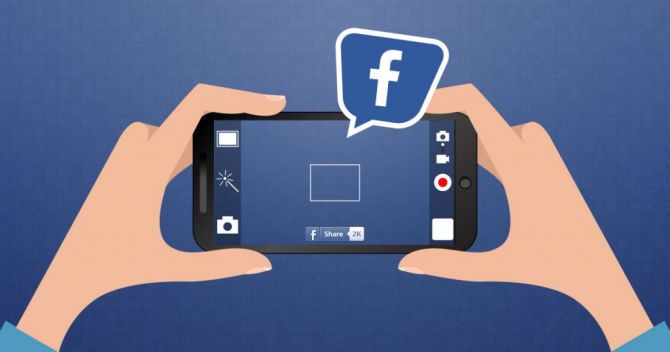 Facebook launched its live streaming service and is, now, available to the public after having tested the feature among its verified pages of celebrities for the past few months. People can now  broadcast live videos on Facebook and see other people’s comments and reactions simultaneously.

The advantageous part about Facebook’s live streaming is that it is an in-built feature within the Facebook app, unlike Twitter-owned Periscope where users must set aside the Twitter app and use Periscope to engage and interact.

‘Facebook Live’, as Mark Zuckerberg mentioned on his Facebook Page, is like having a camera in your pocket. Anyone with a smartphone has the power to go live and broadcast anything in this world.

This has challenged the giant online video-making companies as well as the television players because Mark aims to change the way people consume live content. Facebook Live is currently in vogue but livestreaming is still at a nascent stage where users are yet to discover its full potential.

Facebook is not the first platform that has attempted to disrupt the live streaming system, but it is the first to do so on such a giant scale, leaving the consumption of television content far behind. It has provided the audience an opportunity to consume content that supersedes what the regular cable networks offer. With the combination of Facebook’s current user base and its Live video feature, brands are transitioning better from less personal to more authentic content. The whole internet industry will be watching how this Facebook Live feature fares.

Till a few years ago, a live broadcast was a costly exercise since no one could simply pull out their phones and go live. But now it is a boon, especially, for small businesses as the live videos draw in comments, likes and shares upto 10 times more and helps them to promote themselves.

There is enough evidence that reflects how Facebook is competing for the top spot in the  domain of videos with its features like auto play or the size of a Facebook video in comparison to YouTube. With the launch of Facebook Live, it ensured that YouTube is compelled to look for innovative ways to stay in the game.

Here on, the YouTube versus Facebook debate gets more interesting. To be sure that people do not just limit themselves to isolated live broadcasts, Facebook has added an option to invite a friend so that they can watch you live. Simply tapping on the invite icon and selecting the friend you want to invite will notify them for the same. This helps Facebook with better engagement. In addition, the Facebook app has introduced a dedicated place where live videos from all over the world can be seen. Facebook Live allows you to search for live and non-live videos and to go live yourself.

Facebook is also rolling out the Live feature within groups which allows you to go Live in Facebook Events and Facebook Groups. It helps an audience who is part of that group. This has enhanced family interactions and business meetings as well.

Going live in events is a game changer. It means that you can go live from an event or a party and allow people, even those who are not physically present, to be part of the fun. It is also a great way to schedule a live question-answer session.

The emoticons in Facebook are also available for Facebook Live. Users can now select the ‘Wow’, ‘Sad’, ‘Ha-Ha’ or ‘Angry’ emoticons while watching something Live and the reactions will animate right on the video. This has given the viewer an essence of how people are feeling about the video at different moments.

In the upcoming months, a provision to doodle or draw on your video while being Live will also be available.

Given the constant evolution of the nature of content consumption, this feature can be an industry changer. It’s  a golden age of video content. It is not just about the benefit of the celebrities and big media companies like Buzzfeed or ScoopWhoop using the medium. It is also a platform for young people and teens to tell more about themselves.