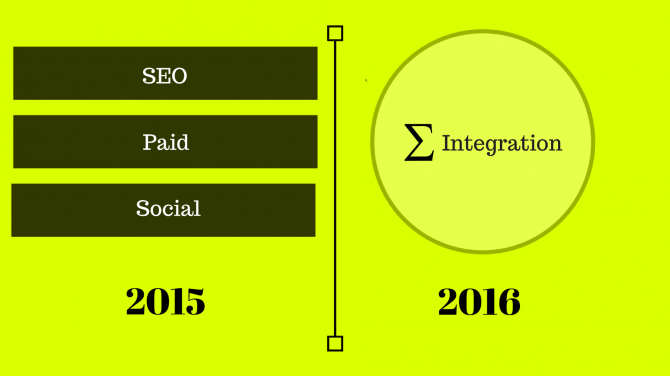 This year has got its fair share of changes and developments in the digital world. With people terming 2015 as the year of mobile, social media wasn’t left behind much with many social platforms launching their advertising platforms, thus opening up brand promotion market a lot more.

Here are the major things that changed in digital this year:

Each brand right now wants to show the right content at the right time. This process can be automated using the data that you can get via digital marketing hub. Hence, you will be able to give absolute relevant information to your buyers by creating real-time advertisements & messages. Many brands started using this as one of their main marketing efforts which intern has constantly improved the effectiveness & efficiency of every campaign they run.

Considering Facebook advertising model bought a revolution in the digital industry, Instagram, Pinterest & Snapchat launching their own ad platforms was definitely one of the most exciting development of 2015. Since, all are visual powered user-generated platforms, getting businesses to advertise on these is a win-win situation for both the client as well as for the agency.

More people started using their smartphones for web search. Businesses gave priority to optimizing their site for mobile. One of the major reasons behind is the Google update which came around April 2015 which put emphasis on a site being mobile friendly and that affects the site's rankings.

A deal between Google & Twitter took place in order to have access to crawl the data of Twitter’s real-time content. Integrating Twitter into Google’s search engine result pages is just the beginning of the vast opportunities that social search can help us in. With a good twitter strategy, Twitter and its profiles have the opportunity to be on top of Google search pages with this integration. With emphasis on news content, businesses should optimize content with proper hashtags as they are being used as keywords in search.

2015 was the year where video emerged as one of the most important content mediums for companies to reach out to consumers. Facebook too was busy pushing video content with auto play features and providing better engagement on them. Everyone was looking to tap on it with whatever means.

2016 will be the year of maturity where digital video content will be one of the mainstay for brand building.

Major content progress will be seen for augmented reality in the coming 2016. Currently more prevalent than virtual reality, people argue that augmented reality will be more consumer-friendly and therefore will likely become a mainstream product.

Tech giants like Microsoft & Google are investing heavily in Magic Leap and HoloLens respectively both being AR ventures where HoloLens is scheduled for the 2016 launch.

AR basically overlays information into your real world view. The best thing about AR is that it works really well with traditional as well as digital media. Print & banner ads can put in all kinds of interactive elements and additional information that usually would be difficult to incorporate into a standard ad.

Here’s a good example of integrating mobile and traditional media via AR:

Can’t wait to see what all surprises 2016 has in store for digital!